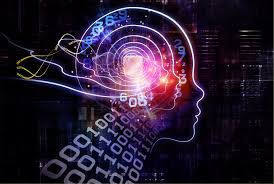 Analytics now days a buzz word. Many organisations big or small look for analytics to make money. Many software companies or individuals flocking new talent to gain from this analytic wave.

Does this wave of analytics new to India ? or it was gift of India to world?

This question rose when I also too started to swim this wave of Analytics few years back.However, studying various algorithms and applications , I realized these were always here and being used.

We used to do analysis many years ago based on current algorithms but that knowledge was considered illogical or dogmatic by the science that time and same perception was carried out till now.

Lets take an example of Astrology.Astrology was considered superstitious few decades ago and even today.

Various data points were collected that includes planetary motions, constellations positions and placement of planets at particular degrees and labeled with the results and many rules were written ,documented and used that resulted way for rule based analysis.

Earlier astrologer gave predictions , and impact of predictions on one’s life within time frame. These predictions were done with probabilities. The same logic ,we do with logistic regression and Bayesian statistics to provide probabilities to identify the outcome.

This is one example there are probably many other areas e.g. healthcare ,where our ancestors were using machine learning concepts to identify diseases and to diagnose diseases.

So, basic concepts of machine learning like inductive bias ,supervised learning,rule based analysis etc were always in place for many centuries but now we restarted looking them in new prospective. Also, deep learning is trying to map how the brain works and utilize its working, probably our ancestors had already decoded that too. Who knows!!!!